October and November are two huge months for Studio students. So many of us are doing so much, itâ€™s hard to keep track of it all. If I have left out your event, please let me know. I am relying on my middle aged mind!!!! 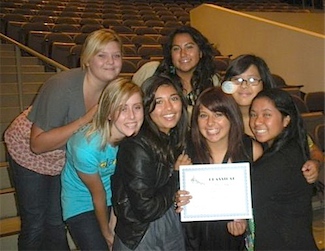 Mercedes Machado won first place in the Chaffey Joint Union Solofest Competition in the classical category. Congrats to all the finalists: Marissa Henkel, Laura Musquez, and Hannah Meisser who won an honorable mention in the Musical Theater catagory.

Mackenzie Orr performs the role of Scout in Fullerton College’s “To Kill a Mockingbird” (October 22, 23, 24) 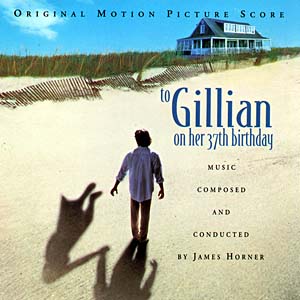 Also on stage in in the near future is Marissa Henkel featured in the Los Osos High School production of To Gillian on her 37th Birthday.

Michael Sturgis is performing along with stage and screen veteran Fred Willard in the Grove’s production of Elvis and Juliet.

Gracie Unger is featured as Cinderella in the Grove Theater’s Children’s Production of Cinderella. One performance only: November 14th at 12 noon. Gracie receives credit for all tickets sold, soâ€¦ please mention her name. 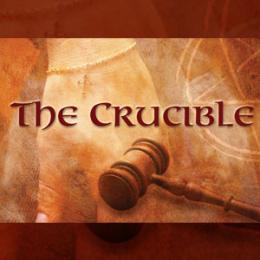 Cesar Giovanni Quintero appears in the Candlelight Pavillion production of The Man of La Mancha. 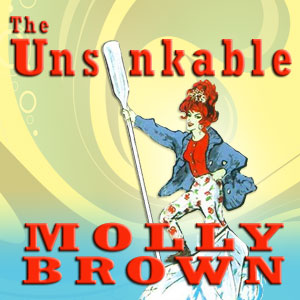 Brandon Alpert will appear in the Performance Riverside production of The Unsinkable Molly Brown.

I am so proud of everyone!!! Every studio student should support your fellow students and attend as many productions as possible. Let me know what you are doing and I will post it on the website! 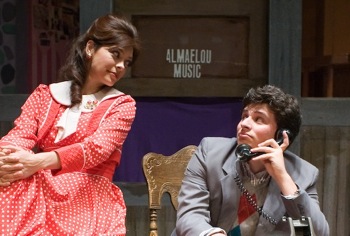 Bye Bye Birdie is a favorite of the Broadway musical theater stage with book by Michael Stewart, lyrics by Lee Adams, and music by Charles Strouse.

Originally titled Letâ€™s Go Steady, this satire on American society is set in 1958. The story was inspired by the phenomenon of popular singer Elvis Presley and his draft notice into the army in 1957. The rock star characterâ€™s name, â€œConrad Birdie,â€ is word play on the name of Conway Twitty, who is remembered today mainly as a country music star but was one of Presleyâ€™s rock â€˜nâ€™ roll rivals in the late 1950s. The original Broadway production was a Tony Award-winning success. The show also became a popular choice for high school and college productions. (courtesy Wikipedia)

Come support your Alpert Studio students and alums, many of whom are participating in this family friendly production of a true Broadway classic!

A Month of Many Performances

A hearty congratulations to all studio students who are performing at a variety of venues during this month. Leanna Arredondo made a debut performance in the title character and Evan Weinmeister was a featured perfomer in the Karousel Kids production of Annie.

If you’re a fan of Facebook, you can now stay up to date with Alpert Studio news and events on our new Facebook page. Please join us online

Award winning composer and lyricist (and the wife of Jason Robert Brown) Georgia Stitt will be offering a May 16 master class at the Covina Center for the Performing Arts. Alpert Studio students have received a special invitation to participate without audition in this event. All studio participants will have the opportunity to perform.

Interested students should sumbit this Master Class Application by May 6. Full information about this event can be found in this document.

February 3 – Ariel Fazekas will be performing with the Pioneer Jr. High Choir at Disneyland.

February 5,6,7 – David Nicholson will be featured in the Upland High School Production of The Fantasticks. Performances at 7:30 p.m.

March 7 – Alpert Studio Students field trip to see the Met production of Madame Butterfly in live HD at one of our local theaters. Stay tuned for details.

Please remember to come out and support your fellow studio students in their performing endeavors.

Happy New Year and welcome back to voice lessons.

Regularly scheduled voice lessons will resume on January 5th at your previously scheduled times. If you are unsure about your assigned lesson time, please call me asap.

Special note: all lessons on Monday, January 26 will be cancelled. Please make a note if you are paying a monthly tuition for January.

Looking forward to seeing all of you in the new year. Let’s do some good work!

Love you all,
Melanie 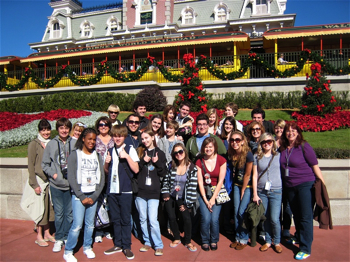 November 2008 marked the first Broadway Experience excursion to Walt Disney World, Orlando, Florida. The group was the only vocal ensemble from the western United States accepted to perform at the park’s annual Candlelight Processional. Sixteen Alpert Studio students participated in the event.

Here’s a slideshow of the group’s trip. Enjoy and Happy New Year to all!

Violin lessons will be scheduled as normal over the next two months except as noted:

I’ll be available to schedule make-up lessons during these periods.

Best Wishes for a joyful Holiday Season to All! 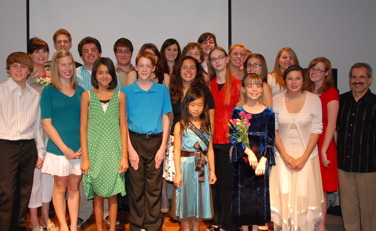 An impressive turnout was complimented by impressive performances on the part of almost 40 participants in this year’s Winter Recital. Congratulations to singers and violinists alike, and thanks to the dedicated families of our accomplished performers. Its rewarding to see the growth of each of our students.