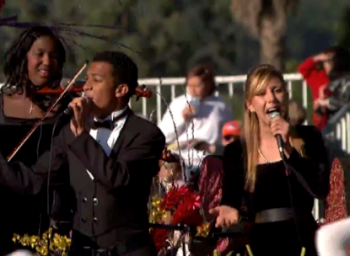 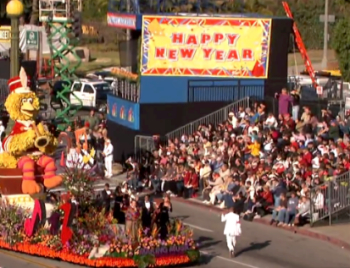 A gorgeous New Year’s day in Pasadena marked the first appearance of an Alpert Studio student in the illustrious Rose Parade. Student Hannah Meisser was selected to perform on the Sesame Street themed float sponsored by NAMM, the trade association of the music industry. The float also featured a violinist (not a common sight at the Rose Parade!) and was followed by the impressive Bands of America Honor Band.

Congrats to Hannah, on being selected for this honor. And Happy New Year to all!

How much practice makes perfect?

After hearing the raves, I decided to pick up a copy of Malcolm Gladwell’s latest book: Outliers: The Story of Success. It’s a fascinating work, that traces the the appearance of some of history’s most famous, wealthy and notable people.

Early in the book, Mr. Gladwell makes reference to concert violinists, specifically those that have made it to the very top of the concert circle. They all share a common trait, which revolves around (yes, you guessed it) a significant amount of practice. If you want to know how much practice it will take to catch up with Joshua Bell, you’ll have to read the book! I heartily suggest you do, it’s a lot of fun.

Having the gift of music in our lives is truly worthy of thanks. Here are three stories that highlight our gratitude. It’s from the “This American Life” series produced by Chicago Public Radio.

Listen to the “Music Lessons” Podcast

It’s also available as a free download in ITunes.

Violin lessons will be scheduled as normal over the next two months except as noted:

I’ll be available to schedule make-up lessons during these periods.

Best Wishes for a joyful Holiday Season to All!

An impressive turnout was complimented by impressive performances on the part of almost 40 participants in this year’s Winter Recital. Congratulations to singers and violinists alike, and thanks to the dedicated families of our accomplished performers. Its rewarding to see the growth of each of our students.

All violin and voice students are expected to participate; performance opportunities are a vital part of musical education. Please wear appropriate recital attire on the evening of the event. 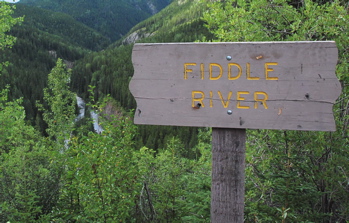 Our trip to Canada brought scenes of splendor at every turn. The magic of a mountain sunset, the brilliance of a hillside covered by wildflowers, the misty spray of a waterfall all bring me into the “moment of now.” It is a visceral, physical sense of joy and completeness.

For me, music is fully another element of nature. It shares nature’s power to inspire. In peak moments it provides the same visceral sense of being at peace with myself and my world. These sometimes fleeting moments are more than enough motivation to keep me focussed on the day to day practice.

After taking in the Fiddle River (in Alberta, Canada) I wanted to bring its sense of perfect flow to my own playing. Does the river have a negative internal dialogue? Is it plagued by physical tension and performance anxiety? I just wanted to be there making music, letting a musical drama unfold in its own perfect sequence. Isn’t that how the great performers capture our imagination?

And yet finding the path to the moment is elusive… what is the key to unlocking it nature?

That is the journey, I suppose, that all musicians must embark upon. And I suppose that finding the true essence of the music I play is part of that key. A thousand notes taken together form their own sense of completeness and perfection.

Saying it more practically, I want my performance to be about something. Not necessarily a physical something, but something felt physically. Maybe it’s about the faint scent of Jasmine during an evening stroll. Maybe it’s the symphonic grandeur of glacial mountain shrouded in clouds. Or the perfectly happy feeling I get from a tiny yellow flower stealing a bit of sunshine from underneath the shadow of the trees. 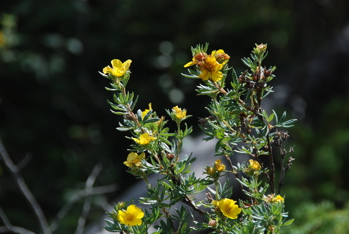 Bill and Melanie are on the road to national parks in Canada. We’ll share some photos in an online gallery.

Getting to Carnegie Hall 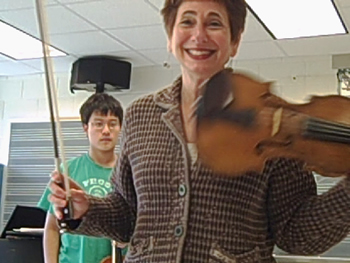 The irrepressible Mimi Zweig leads a master class at the String Academy of Wisconsin on the Campus of University of Wisconsin, in Milwaukee.

When accomplished 15 year old violinist Brian Zhang signed up to play for Mimi Zweig, he was probably thinking of Mozart, Bach or Barber. Little did he know he’d soon be taking a 90 minute journey through the A major scale! Ms. Zweig, noted violinist, pedagogue, educator and mentor to many world class musicians (including violin/celeb Joshua Bell) has a way of turning complex problems into simple solutions.

“There’s a Zen to playing scales,” says Zweig, “that can calm even a teenage student who just had a fight with her mother.” Within the scale routine, and its dozens of variant bowings and rhythms, can be found the technical basis for almost any element of violin playing. And today for Brian, the simple act of remembering to play an open D string instead of using his 4th finger, provided a challenge almost as great as the Sarasate showpiece he performed just hours earlier.

Be it playing first base for the Yankees or playing Brahms, the greatest performers and athletes always focus on the fundamentals. The slight over tilting of a head, a bit of tightness in the shoulder joint, a posture that looks a little closed at times: these are among the dozens of subtle elements that never escape Zweig’s eye. She seems to have a certain ESP that brings the most relevant issue into focus within just a few notes of a scale. It’s a pleasure and inspiration for teachers everywhere to see her in action.

So remember, students: If you’d like to get to Carnegie Hall, or even if you just need to polish up your next Suzuki recital, the fastest way might just be playing your scales!

For more information about Mimi Zweig and her work, visit the string pedagogy website.