Michael Feinstein and Terry Gross On George and Ira Gershwin 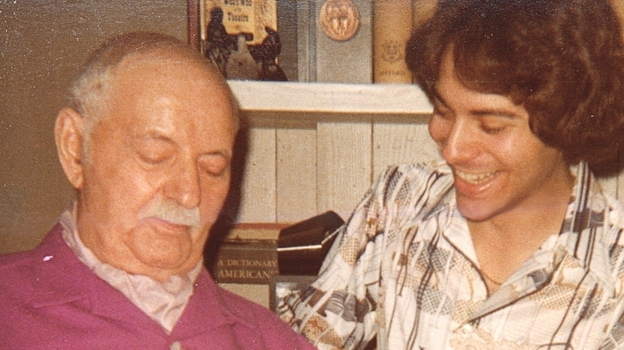 This fascinating interview from NPR’s Fresh Air, recounts singer Michael Feinstein’s years of working with the Gershwin family. Over this period Feinstein cataloged much of the Gershwin discography, and in the process unearthed a treasure trove of wonderful stories.

The interview coincides with the release of Feinstein’s new book: The Gershwins and Me: A Personal History in Twelve Songs.Â Feinstein writes firsthand about the musical world of the American composers and brothers, George and Ira Gershwin. The book includes a CD of rare performance includingÂ “Strike Up the Band,” “‘S Wonderful,” “I’ve Got a Crush on You,” “They All Laughed,” “Someone to Watch Over Me,” “Embraceable You,” “Who Cares?,” “I Got Plenty of Nuthin’,” “They Can’t Take Than Away from Me,” “I Got Rhythm,” and “Love Is Here to Stay.” Â The studio recommends it as a must-have collection for anyone who loves the Great American Songbook!

Congratulations to Genevieve Ellis and Kelly Muller who were recently honored to participate in theÂ Great American Songbook Vocal Academy and Competition.Â Kelly and Genevieve were national finalists in the competition, and as such were guided in a master class by Michael Feinstein and Sandi Patty. 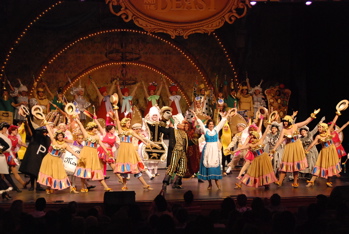 Full company sings “Be Our Guest” from Disney’s Beauty and the Beast. Musical direction by Melanie Alpert

Cesar Quintero as Lumiere with Can Can dancers. 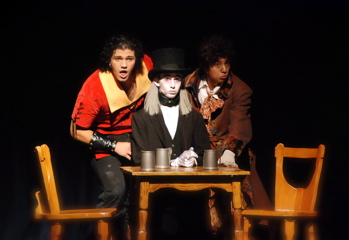 Congratulations to all studio students who participated in the Broadway Experience/Los Osos High School production of Disney’s Beauty and the Beast. What a rousing success! This production broke all attendance records and raised the bar for community based musical theater in Southern California.

Sweeney Todd: Art is where you find it

Unremittingly gruesome, Sweeney Todd doesn’t seem to be the obvious choice for release around the holidays. Yet the film, adapted from Stephen Sondheim’s 1979 musical theater piece, works on many levels. Certainly this movie could succeed on the star power of its actors. Likewise, the beauty of the score could carry the movie, as could the performances or the cinematography. Tim Burton paints a gloomy, ghastly, surreal world. Yet somehow, the camera finds artistic beauty in each shot.

“You know it when you see it” is the often stated maxim that separates what is vulgar from that which is art. When you watch Sweeney, I think you’ll agree that it stands tall in the socially redeeming value department. Still, don’t take your young children!

Some critics have found fault with this film’s casting of movie stars into roles normally filled with dramatic and/or operatic voices. And so, on yet another level this film is brilliant. The cast and production brings their own vision of this musical theater masterpiece to life. Just as a Bach fugue survives adaptation into a tuba quartet, the story of Sweeney Todd works, even thrives, with barely a trace of bel canto singing to be heard.

For this writer, the lesson is twofold. First, a great musical work will stand the test of time unblemished. It lives anew with each performance. Second, as artists, it’s our job to bring our own complete and compelling vision to the music we perform. Singers or not, Depp and company did just that.

10 Second Review: Nothing beats a great performance of Sondheim’s Sweeney Todd. This film is no exception. Don’t miss it!