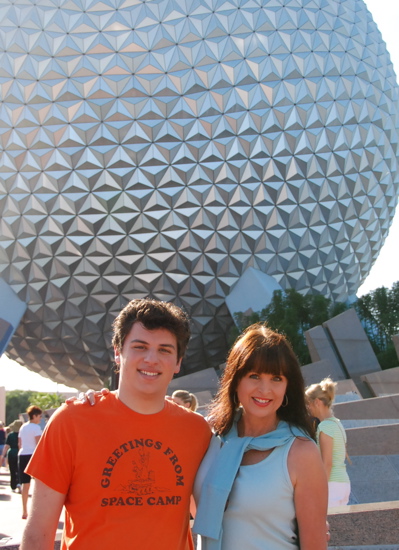 A beautiful day at Disney’s Epcot

“I always thought that big sphere was white, but it’s silver,” mused Brandon. There wasn’t much else that surprised him at Epcot, after spending a couple of days in the park. He led us through the attractions and exhibits with an air of familiarity. It was likely the product of years of immersion in all things Disney.

Still, the beauty and sweep of Epcot is striking in person. Though it hasn’t realized Walt’s dream fully, there is much to appreciate. We’ve enjoyed comparing details of Florida’s Magic Kingdom to our own much more familiar park. Animal Kingdom’s recreation of jungle terrain is a natural for a park built on Florida swamp land. Disney’s imagineers gave us a tour de force in it’s attention to detail throughout.

We’ve done a good job scratching the surface in two days, and will hopefully see most of the rest before we depart on Wednesday. My fav of the trip so far: dinner at Epcot’s Rose and Crown. What could be better than a gourmet pot roast dinner, accompanied by a big glass of Bass Ale, all at a table overlooking the fabulous Illuminations fireworks display?

It’s been a great trip, with some beautiful rainbows along the way. Here’s hoping your December is equally spectacular! We’ve added more photos to our online album.